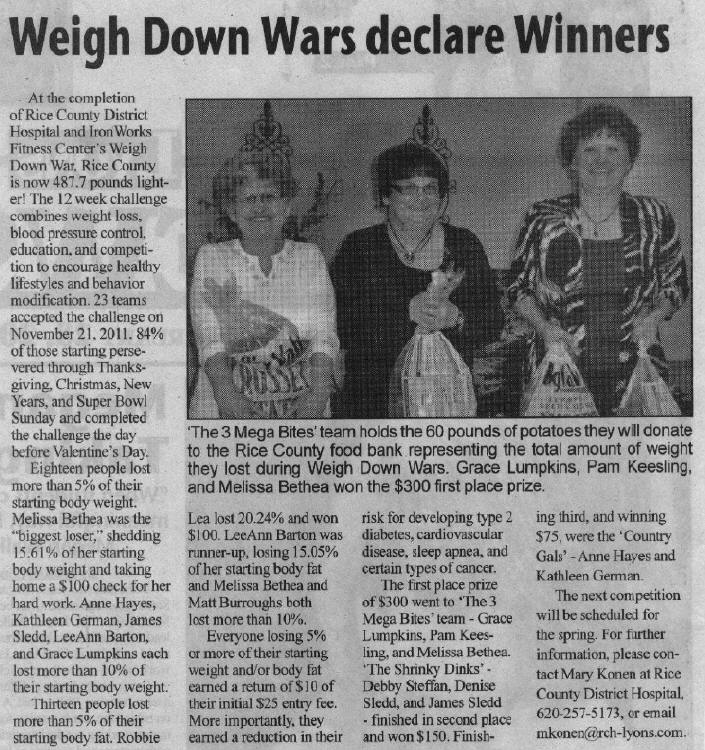 Carol Coleman & Mary Sue Winkelman were in town a couple of weeks ago for a nursing School reunion.
They and Sharon Meyeres Williams were able to get together for a short time before they left, here are a couple of photos.
They are all Class of 1960. 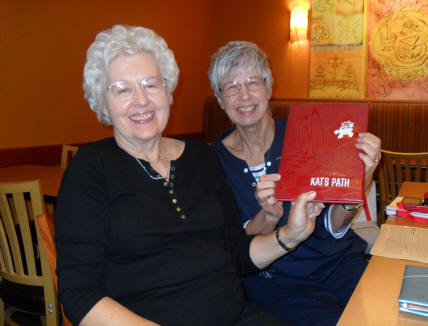 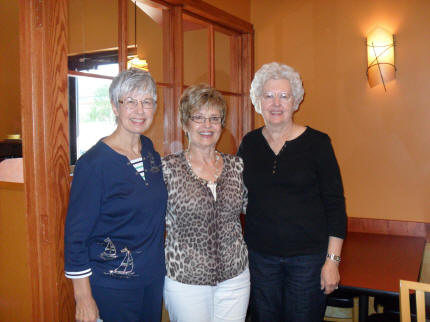 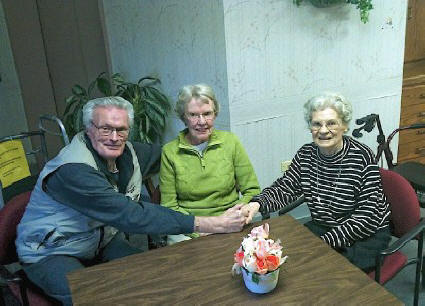 David Peebler recently made a visit to Duane Kaufman, Marcelene Proffitt & Doris Kennedy.
Here is a photo he took of the three of them.

Gene Haas, Class of 1949, caught at the Kansas State Fair 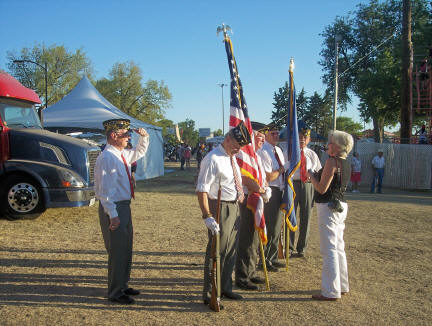 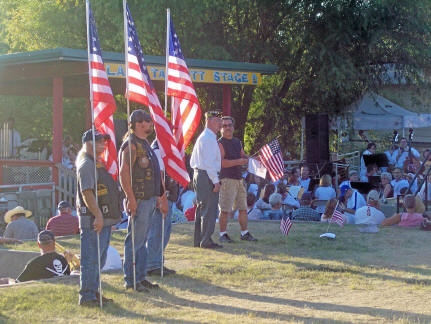 Gene in the middle 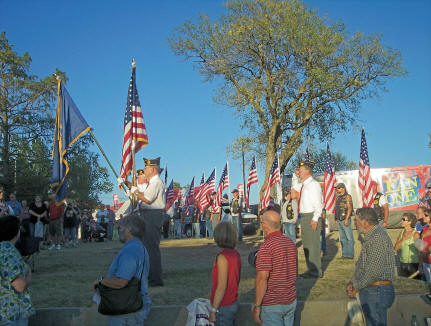 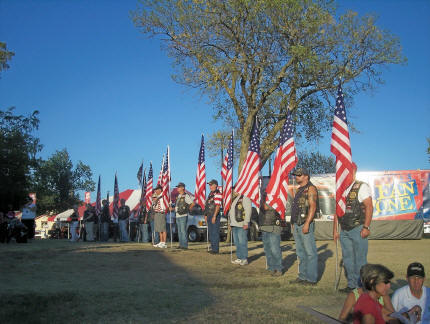 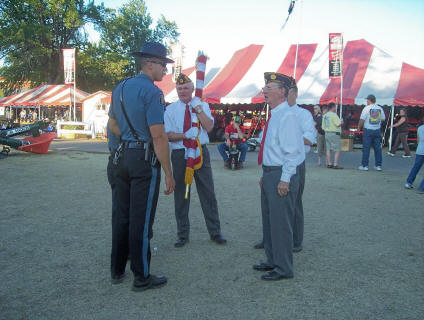 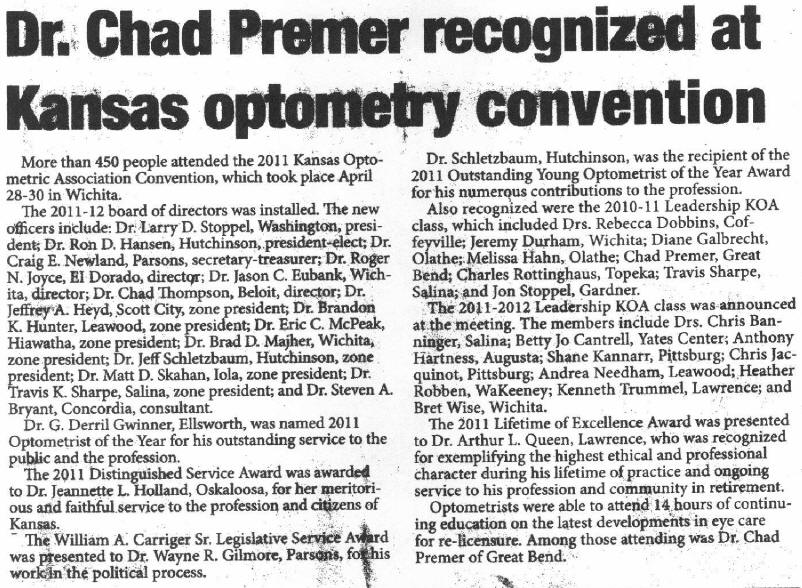 These blasts from the past photos are shared by David Peebler.
These were taken in Chase, maybe in the early 80's. 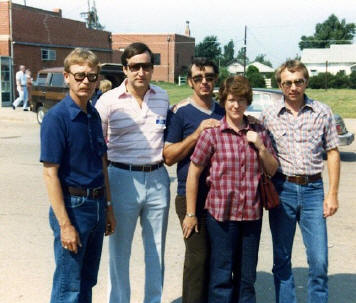 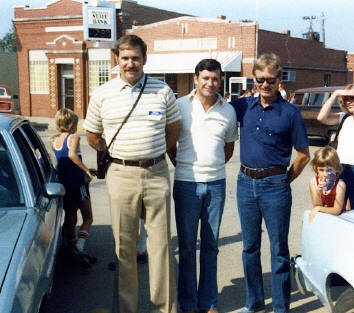 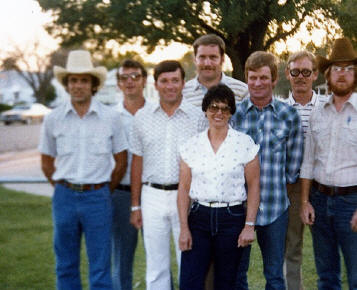 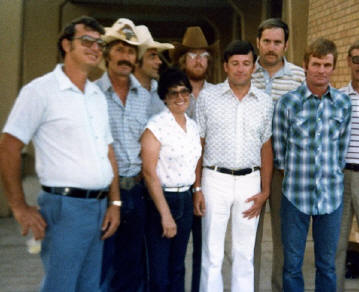 Back to Alumni Happenings